First time in Milan, first time at Teatro alla Scala – for La bohème – „a beggars’ opera” as a friend is teasing me. Anyone who was a student should recognize himself in Puccini’s story, in a way, this is the story of any of us.

Milan is a city perhaps too austere for my taste, but it’s a city full of history and things to see. The act I of La bohème starts in a petty and rather sad, though clean, 3 star hotel on Corso Garibaldi. The cheap and disfunctional furniture perfectly reminded me of a hostel room or of Rodolfo’s & Co’s home. If the Dome’s catholic megalomania, a masterpiece of patience, can crush you, next to it you can find the perfect antidote in Palazzo Reale, hosting the Picasso exhibition from Paris, now on tour in Milan. On the eve of the beginning of the academic year, at midnight, the city is full of young students, each terrace in the center is a replica of Café Momus – we are now in the second act, the very next day after arrival, in the city where almost all men are dressed in shirts and arched jackets…

There’s very little time left until the performance begins. Teatro alla Scala is even smaller than I thought, knowing already that it is smaller than it looks in the pictures. It is possible that exactly this small size makes it even more exclusive. However, it seems more beautiful than I knew it from pictures or movies. And it’s even more beautiful than it could appear from the texts written on this blog about La Scala. The program brochure is actually a whole book of hundreds of pages in which you can find any information related, even by far to La bohème, up to the publication of photographs of some buildings from the ’20s in Paris, where Henri Murger (author of the novel Scènes de la vie de bohème, which inspired the opera libretto) imagined that Rodolphe rented an attic room. And a surprise, Angela Gheorghiu will not sing this evening, accusing an ailment, Mimi will be Anita Hartig. Who’s this Anita Hartig? 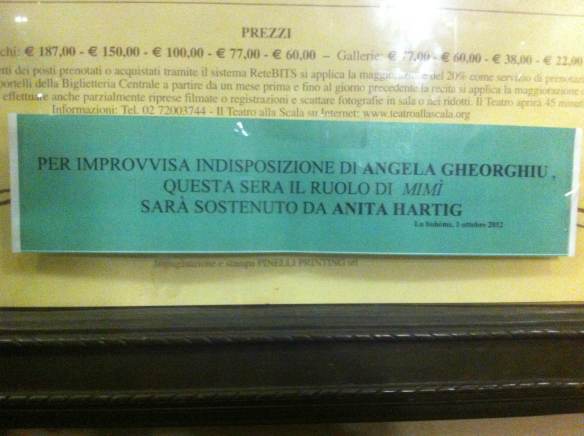 The audience sighs with disappointment, although La bohème does not mean only Mimi.

For this immensely popular work, a symbol of Italian lyrical art post Giuseppe Verdi, the most represented work on almost all the world stages, Teatro alla Scala uses a production dating back to the 1962-1963 season. Yes, indeed, 50 years since Franco Zeffirelli stunned every music lover with his staging of the Café Momus in Act II, peerless, with a tremendous atmosphere, in which the winter, the city, the joy and the love are present on stage, in front of you, but also in your soul, which is humming, maybe without specific reason, Musetta’s waltz.

The snow around the Barrier „de l’Enfer” with the incredible Rodolfo – Mimi duetto, so heartbreaking, can fall in no other place than inside your soul, and, no matter how cliché it may seem, the magic works miraculously, although it was revealed a long time ago.

Even though I knew the images of this production from the wonderful La Scala DVDs, full of sacred monsters, Karajan and Freni (1967) or Pavarotti and Cotrubaş (1979), I was still struck with astonishment. Because if I had not been charmed myself this year, then the next year we would all get a production signed by Loy or Poutney, with industrial décor …. For La bohème, I prefer the tradition, I don’t know why.

The orchestra conducted by Daniele Rustioni was simply extraordinary. I’ve heard opinions that it was too loud and that sometimes it covered the singers. When it comes to Puccini, however, the symphony accompanying the drama on stage is a masterpiece in itself. In my opinion, the splendor of this composition must be enjoyed separately from the vocal music scene. Cappriccio sinfonico, right? That was the title of the student Giacomo’s graduate paper, whose first apoggiaturi and arpeggios serve for the preludio of La bohème. The orchestra is a character in itself, which must sing along with the singers. And if Piotr Beczala has a voice strained a little bit in the high notes (but otherwise very nice), too bad for him, the music goes on with or without the tenor. We are not in La Traviata, you must always sing over the orchestra in Puccini. However, I don’t want to be mean with the Polish tenor, the years of Mozart, with Tamino, Don Ottavio, etc. can be seen in the elegance of his phrasing, the musicality of his voice, I admit that I preferred him over Grigolo when I chose the day of the performance.

Cappitanucci was worse, with a small and rather expressionless baritone voice in a role, indeed, marked by sacred monsters, Rolando Panerai twice (1956 – with the most sensual Musetta ever, Anna Moffo, and 1974 – in the glorious Pavarotti’s studio recording) is an example of electrifying singing, which must burn the stage at the end of Act II, to say the least. It was not Capitanucci’s case, who sang correctly, equally and almost monotonously a score that could offer much more than this. Ellie Dehn was a correct Musetta, without much seduction, flirting is definitely not her best card, but she has a good voice.

Finally, Anita Hartig, to her praise, was able to take advantage of the absence of the diva. Si, mi chiamano Mimi was beautiful, sung with emotion (maybe stage fright?), with a vibrato in the middle register, of a touching desuetude however, reminding of gramophone recordings, but with flawlessly high notes, very distinct, strong and perfectly controlled. The color of her instrument, eminently lyrical, reminds me, somehow, the flute in the voice of the great soprano Gundula Janowitz, a true legend. There are small problems with the diction, then the middle voice is not very clear, and I could sense a certain fatigue in Act III, after half an opera sung almost flawlessly. She finished well the act IV, touching, as it should be. Many and generous applauses at the end for her, as many as for Beczala.

Of course, once I came back to Benoit’s hotel, I searched the Internet for additional information for this article, and I learned that Anita Hartig is a young soprano from Romania (from Bistrita, she graduated the Music Academy in Cluj, in 2006) and she is at the beginning of a major international career after her success in the same role of Mimi, at The Welsh National Opera. 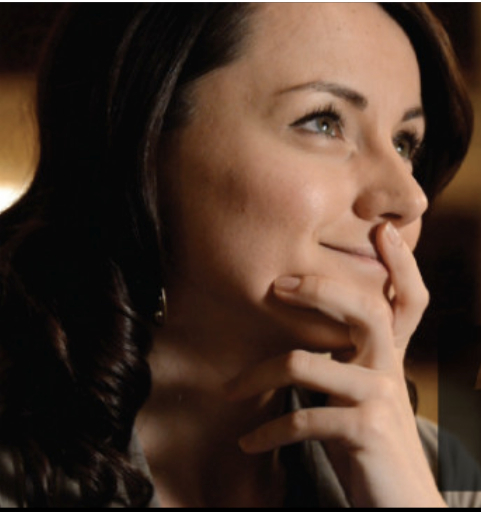 So, we can see her in several performances with La bohème at the Royal Opera House, Teatro alla Scala, the Metropolitan Opera, etc. as mentioned in an article from The Telegraph. A star is born. A new soprano raises from Romania, after Angela Gheorghiu, and I hope all her dreams come true. As for Angela, it was not meant to be now, I hope to see her once in a great opera house or, who knows?, maybe in Romania … 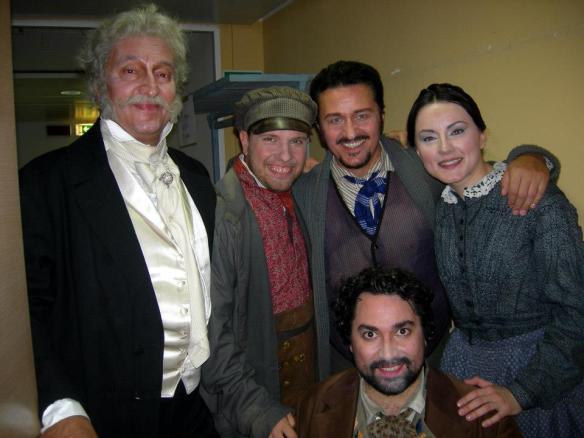